New Jersey is well on the way to potentially legalizing marijuana in the state, touting massive potential revenue streams as well as reducing incarceration rates for what is popularly considered harmless activities–i.e. buying, selling and smoking marijuana. Joint committees in the state legislature and senate approved a bill to make possession of up to one ounce of marijuana legal for anyone over the age of 21. That same bill would allow individuals to file a petition to have marijuana-related offenses expunged from their criminal record.

The above-mentioned bills are slated for a vote in the full chambers on Dec. 17, and then need to be signed by Gov. Phil Murphy. Until that happens, marijuana remains illegal in NJ. However, those who have been convicted of marijuana-related offenses and are not otherwise disqualified may still be eligible to have their criminal record expunged.

Qualifications for a Marijuana Offense Expungement

There are several criteria that a person must meet in order for them to have their marijuana offenses expunged in New Jersey. Below is the criteria as it stands until any new laws are signed by the governor.

Limited number of convictions. A person is eligible to have their criminal record expunged so long as they have not been convicted of:

There are some exceptions to this rule, but most cases will be subject to these limits. This is true even if the offenses are not related to marijuana charges. The sale of marijuana is considered an indictable offense in New Jersey, while possession of a small amount is considered a disorderly persons offense.

Waiting period. A person must satisfy the terms of their conviction (jail/prison time, probation and fines) and then wait a statutorily established time period of years before applying for an expungement. For indictable offenses, one must wait six years and for disorderly persons offenses one must wait five years. Those who complete a conditional discharge for a marijuana offense can have the record of the arrest and the conditional discharge program expunged six months after satisfying the program requirements.

In some cases, a person may be eligible for an Early Pathway Expungement, which would allow them to reduce the waiting period.

Complete paperwork. A person must fill out extensive paperwork and send it to prosecutors, the court where the person was convicted, and law enforcement agencies throughout the state. It sounds daunting, but an experienced expungement attorney can help one get it done quickly and accurately.

For more details, check out our information page about the expungement process, including many common questions we get about expungements in New Jersey.

The bill that recently cleared state committees, S2703, would allow individuals to clear marijuana offenses from their criminal record at no cost to them. The typical limitations to expungement eligibility would not apply. However, individuals would still need to file the appropriate petition. This bill has not become law – yet.

Who Should I Contact to Expunge My NJ Marijuana Offense(s)?

There’s no need to wait for lawmakers to get around to legalizing marijuana before having one’s record cleared. If you or a loved one is seeking an expungement for a marijuana offense in New Jersey, contact the attorneys of Rosenblum Law right away. Our skilled attorneys have helped many people in similar situations. Let us use our experience to fight to have your record cleared. E-mail or call us today at 888-815-3649.

What Needs to Happen Now that NJ Has Voted to Legalize Marijuana?

On Tuesday, Nov. 3, 2020, voters in New Jersey chose to approve a constitutional amendment legalizing marijuana possession and sale. But revising the criminal code for drug charges is only the beginning. There are many questions left unanswered by the simple ballot measure, including what happens to those with marijuana-related offenses on their criminal record.  END_OF_DOCUMENT_TOKEN_TO_BE_REPLACED

Posted in Drugs, Marijuana Expungement, Uncategorized | Comments Off on What Needs to Happen Now that NJ Has Voted to Legalize Marijuana?

New Jersey Governor Phil Murphy vetoed a bill that would have made it easier for some people with marijuana-related convictions to clear their record. On Friday, August 23, Murphy announced that he rejected the plan, saying that the process was still too complicated. However, he offered suggestions on the type of expungement legislation he was END_OF_DOCUMENT_TOKEN_TO_BE_REPLACED

After months of back-and-forth over marijuana legalization legislation, New Jersey Gov. Phil Murphy and leaders in the NJ legislature claim to have reached a broad agreement. In a press release on March 12, 2019, the governor, alongside Senate President Steve Sweeney, Assembly Speaker Craig Coughlin and others announced the text of a bill to legalize END_OF_DOCUMENT_TOKEN_TO_BE_REPLACED

A recent ruling by the NJ Supreme Court renders anyone who successfully completes drug court in New Jersey potentially eligible for an immediate expungement of their minor criminal offenses. The decision clarifies a 2016 law that offers a clean slate to non-violent former drug addicts who show a desire and effort to improve their lives. END_OF_DOCUMENT_TOKEN_TO_BE_REPLACED

Legalization and Marijuana Expungements: What Other States Do

New Jersey is poised to join 10 other states and D.C. in legalizing marijuana. Part of the bill that recently cleared both senate and legislature committees includes language on how to get marijuana offenses expunged once the substance has become legal. However, bills often undergo changes—sometimes minor sometimes major—between clearing committee and whenever being signed END_OF_DOCUMENT_TOKEN_TO_BE_REPLACED

A bill to legalize marijuana in New Jersey passed a joint committee in both the state senate and legislature on Monday, November 26. The bill, as well as others related to medical marijuana and expungement of offenses, now move on to the full chambers where they are scheduled for a vote next month. The main END_OF_DOCUMENT_TOKEN_TO_BE_REPLACED

At 10 a.m. on Monday, Nov. 26, NJ State Senate and Assembly committees convened together to debate four bills focused on marijuana rules. Lawmakers will discuss a variety of proposals from taxation of marijuana sales to procedures to expunging existing marijuana convictions. It is expected that one or both committees will vote on the bills END_OF_DOCUMENT_TOKEN_TO_BE_REPLACED

END_OF_DOCUMENT_TOKEN_TO_BE_REPLACED
Google Rating
4.8
Based on 530 reviews 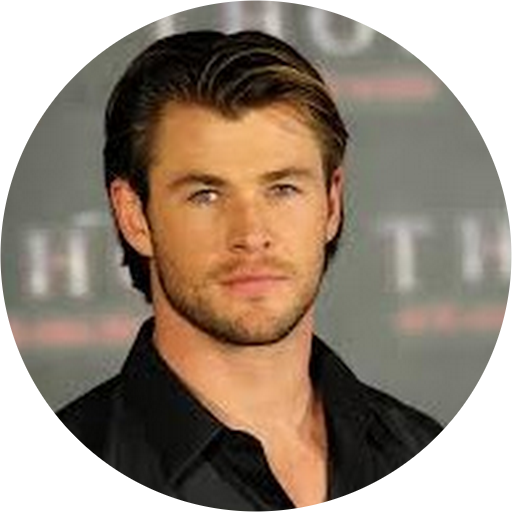 Ravi Tej
22:49 15 Feb 21
My experience with Rosenblum is excellent. I am assigned with representative immediately after I reach out regarding my business. Process is very quick and easy. Most of all, I really appreciate the updates regarding my case and what's next to come. Highly recommend this firm. 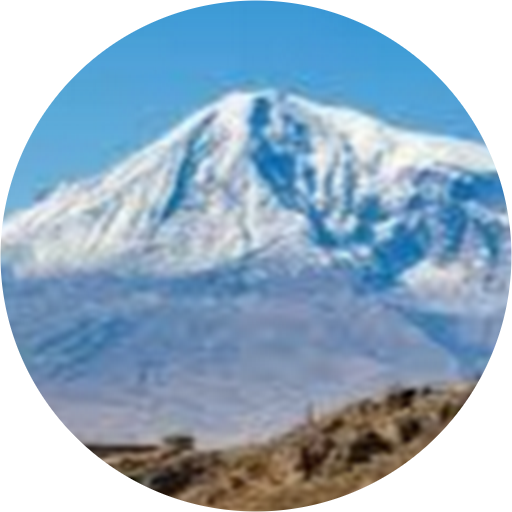 Tony Zhang
22:01 11 Feb 21
Really professional and guided me through the whole process. Got great results! 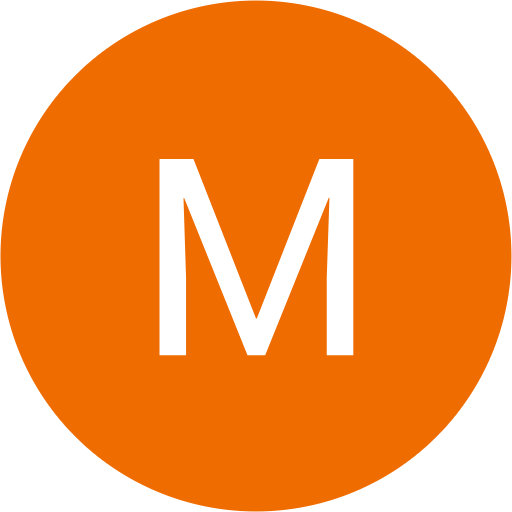 Momin Minnesota
21:16 11 Feb 21
I live in the upper Midwest and was unfamiliar with New York State laws & customs; but the staff at Rosenblum were patient and thorough in explaining to me the situation and what was needed. They presented options & let me choose, and whenever I had a question of additional info they acknowledged it within a few hours! Being in a different time zone was no barrier either. I felt well cared for and would not hesitate to call on them again in future. 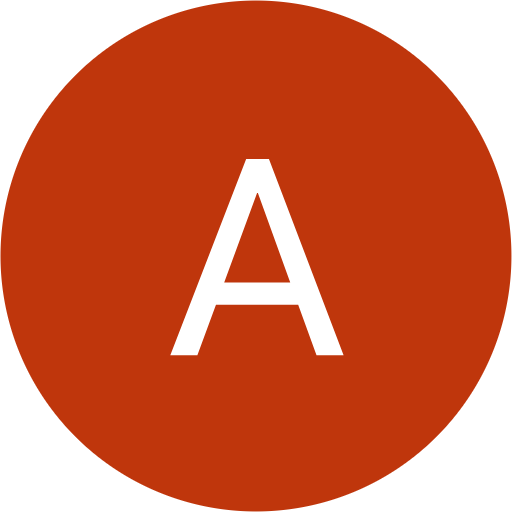 Andrei Kunevsky
16:33 09 Feb 21
M3 plus NYC are not a great pairing, but Rosenblum Law made it better. Thank you for helping me get my case dismissed!

New Jersey State Police and other law enforcement will spend the rest of the year cracking down on drunk driving and other traffic offenses. The “Drive Sober or Get Pulled Over” holiday enforcement END_OF_DOCUMENT_TOKEN_TO_BE_REPLACED

On Tuesday, Nov. 3, 2020, voters in New Jersey chose to approve a constitutional amendment legalizing marijuana possession and sale. But revising the criminal code for drug charges is only the END_OF_DOCUMENT_TOKEN_TO_BE_REPLACED