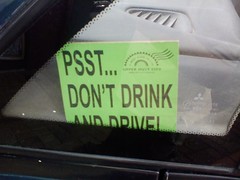 What happens in Tampa will not stay in Tampa. At least when it comes to a DUI charge received while visiting the popular Florida city. Unfortunately, many New York drivers do not believe that an out of state DUI charge will follow them home. They could not be more wrong. A DUI is an incredibly stressful and intimidating process to go through. The fact that the charge was received in another state can certainly serve to add stress and confusion.

With that reality in mind, here’s a look at some tips for New York drivers with a DUI charge in Tampa:

Florida is considered one of the strictest states in the nation when it comes to DUI prosecution and punishments. Potential punishments include: fines, driver’s license suspension, jail time, alcohol education courses, probation, and community service. If you already have a DUI conviction from New York (or another state) on your record, the court will also take this history into account as it relates to your fines and punishments.

Long after the fines are paid and the punishments are served, receiving an out of state DUI can also affect your New York car insurance. The presence of a DUI conviction on your record usually causes one of two things to happen: your insurance company will drastically raise your rates, or your insurance company will not renew your policy. In addition to dealing with high insurance premiums for years to come, New York residents will also have to admit to their Tampa DUI conviction if asked about it in employment or housing situations.

We hope you enjoy your time in Tampa without the headache of a DUI charge. If this should happen to you, don’t hesitate to get in touch with an attorney.

David Haenel, one of the founding partners of Finebloom & Haenel P.A., is a DUI Lawyer in Tampa, Florida who is passionate about fighting for the rights of his clients who have been charged with Drunk Driving. For more information please visit http://www.fightyourdui.com.

When people participate in protests, there is a risk of getting arrested. This can happen even if a person does nothing wrong. Still, a person who is exercising their Constitutional right to free END_OF_DOCUMENT_TOKEN_TO_BE_REPLACED

Deciding whether or not it's the right time to file for bankruptcy is a difficult decision in the best of times. The decision only becomes more difficult during these unprecedented times of pandemic END_OF_DOCUMENT_TOKEN_TO_BE_REPLACED

With the exception of those with vanity plates, most people don’t put much thought into their license plates. Just secure them to the car and go, right? Turns out there are a lot of rules for END_OF_DOCUMENT_TOKEN_TO_BE_REPLACED