An Elusive Bug and a Systemic Failure

Brain damage due to delayed treatment of tuberculous meningitis 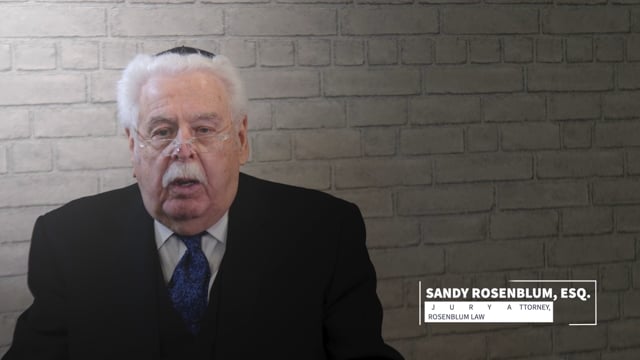 An extremely rare disease; no doctors were named as defendants; errors seemed to be systematic, rather than tied to one single person

This is truly one of the most fascinating cases imaginable.

Jamia was running a fever, not acting right, and to her mother, clearly ill. And four times the emergency room doctors sent the child home. It wasn’t until she came back a fifth time that the child was finally admitted. A serious delay in diagnosis and treatment had occurred. And once the infant was admitted what had the hospital done?

The child’s grandmother was strident in her claims of hospital negligence. She was “nobody’s fool.” She and her daughter ran a small eatery in a fringe neighborhood in Albany. They had a mixed-race clientele and clearly felt that AMCH’s care of the infant was below the standard that would have been received if the child was white.

This hard-working black woman was angry and at the same time broken-hearted, having been recently told that her five-month-old only grandchild was irreversibly brain-damaged. Jamia had been diagnosed with TB meningitis. The question soon became clear. Was this very treatable disease diagnosed as quickly as it could have been, or not? Only prompt treatment could have prevented this tragic outcome.

The child came under her care and indeed this highly respected and caring physician had ordered all the right tests. As our case proceeded we learned that Dr. Lepow had suspected the child might have a disease entity never seen before at the time in the Albany area, which was tuberculous (TB) meningitis. She set out to prove it.

Meningitis is well-known to be a dangerous disease that can blind, cause brain damage, and even be fatal. TB meningitis has a unique feature in that it starts in the lungs and then leaks through the spinal fluid into the brain. Once there, the bacteria wreaks havoc on the unprotected tissues unless treated very quickly with powerful antibiotics.

As the infant grew progressively ill, her mother, father, and grandmother hovered helplessly over her. One or more of them were always at the side of her crib watching and pleading with the staff to hurry some kind of treatment for Jamia. Their pleas were seemingly answered, as later related to me by my clients.

Dr. Lepow ordered an MRI, which was done. She ordered serial chest X-rays—four or five of them—which were done. And she ordered AFB (acid-fast bacilli) smears, a test on the spinal fluid, and then studied microscopically. TB meningitis is a notoriously elusive bug, and studies show that the more times you examine spinal fluid specimens the more likely you will find the bug if it’s there. Dr. Lepow not only intuited correctly, she ultimately treated correctly.

But, tragically, for this helpless infant, it was already too late. The doctors finally decided to treat Jamia for tuberculous meningitis. Her life was saved, but she had suffered serious brain damage as a result of the infection. The family took Jamia home, but for the grandmother, this was to prove the beginning of a new and different battle for her grandchild.

After the mother and grandmother retained my services, I went to Albany Medical Center and asked to see the original medical records, even though I had copies. I never trusted copies. I always insisted on seeing originals, and this is why.

When I examined the record, one of the four times that the child was brought into the Medical Center and sent home it appeared to me that someone had erased the word “meningitis” and written another word over it. If that was true, the child had been sent home with meningitis.

Why was this concerned mother sent home again and again? Was it a case of lacking credibility because of the color of her skin? Of course, there was no way to know, but those visits cost days of delay that were to prove disastrous for this infant.

Although it is typically against hospital policy, I was able to obtain the original files and have them subjected to microphotography. By doing that and blowing up the page in question, I was able to show that the word “meningitis” had been written and erased, and then written over.

To me, that was a smoking gun and it intensified my efforts.

We went to trial on the case as there was no settlement offer on the table.

We laid our proof out and had experts from across America—Harvard, Yale, Columbia, and San Francisco General Hospital. As we laid out our case and our evidence came together in the courtroom, the defense began to make noises about offering a settlement.

In this case, we did not name a single doctor as a defendant. We felt it was a systemic failure on the part of the hospital, so we decided not to embarrass and name any of the doctors by putting them in the lawsuit individually. Some thought this decision was a mistake but we didn’t; it allowed us to get the information that we needed from the doctors with less resistance.

As it turned out, Albany Medical Center had let down both Dr. Lepow and Jamia in several ways.

The first failure involved interpreting the radiology results. The MRI showed basilar enhancement. That means that on the MRI image, the base of the brain was lit up, so to speak; it showed brighter than the rest of the brain, which indicates an infection. Typically, bacterial meningitis will invade that area. But this was disregarded by some of the doctors treating the child and never communicated to Dr. Lepow.

In addition, the chest X-rays were all read as normal. But our expert, who wrote the book on Pediatric Radiology, said they all showed the miliary process, which is what you call it when you find TB in the lungs.

At the trial, the attorney for the hospital attempted to damage our expert’s credibility by saying that he had only looked at copies of the X-rays, not the originals. Our expert responded confidently, “If you have the originals I will read them right here in the courtroom.”

The defense brought the X-rays to the witness stand. There were five chest X-rays. One by one our expert radiologist read them and said: “TB. TB. TB. TB.” He even read one that was called technically insufficient, which means it was too dark to be read, according to the radiologist at Albany Medical Center. Dramatically he barked out, “This one shows TB too.”

The defense counsel simply looked deflated, walked to his seat, and slumped in his chair. He had not even tried to challenge this devastating testimony from our expert.

Another piece of evidence came through what some people might call Providence. At the time, I was engaged in Bible study with a fellow named Dr. Todd Meister, who was doing a residency at Albany Medical Center in radiology. He had already done a pediatric residency and was a certified pediatrician, but he also wanted to be board certified in radiology.

When I mentioned this case to Todd, he said, “Sandy, we called down to the floor when we saw the basilar enhancement. We called and said, ‘You have a case of meningitis.’ We were curtly rebuffed, without discussion.”

Clearly, someone had simply disregarded the call from the radiologists.

The second major failure involved the spinal fluid test. When I examined Dr. Lepow under oath, I asked her, “How do you diagnose TB meningitis?”

She responded, “Of course, Mr. Rosenblum, there is only one way: By doing AFB smears of the spinal fluid.” I then asked her to show me where in the record she had done those tests. She went through the medical record and said, “Here, I ordered it once. I ordered it twice. I ordered it four times!”

I asked her to show me the results.

We adjourned the trial and she went to the hospital to get the lab results. When she came back to the courtroom, she was completely flustered. For the first time, she learned that the critical test she had ordered four times had never been done!

Normally, in a case involving something as dangerous as this, the lab would not wait for the normal channels and would call the doctor right away if the results were positive. But she never got that call, which led her to believe the spinal fluids had been examined and the results were negative. It was a completely reasonable assumption, but it was completely wrong.

That discovery was perhaps the most dramatic moment in the case.

In order to secure an adequate award, we brought in a life care planner to testify on what this child would need for the rest of her life. We also had an economist project the cost of meeting those needs.

Children with serious paralysis issues can develop skin breakdowns and respiratory issues from the lack of movement, all of which can cause death at an early age. The hospital was attempting to show that the child was going to become immobile and die early. That was important because if she was not going to live very long, it meant the cost of care would have been less, and that would have meant a smaller award.

We aimed to prove that she could have a normal life expectancy. Our pediatric developmental specialist said that although the child was mostly paralyzed, she had a significant ability to move. To demonstrate, he actually laid down on the floor of the courtroom and then scooted on his side at high speed across the courtroom. Then he said, “I’ve tested this child, and she can do that, which means she can avoid skin breakdown and avoid respiratory difficulty–if her family receives an adequate award to foot the bill.”

When we rested, the defense came to us and offered to settle the case. They had given up and didn’t even put on a defense. The Albany Times Union headline stated that there was a settlement in excess of $6 million. However, at the request of the hospital, the judge sealed the award amount. We signed a confidentiality agreement, so I am not permitted to reveal what the actual award was, but it was substantially greater than that.

The child was four months old when this happened. She is about 35 now. Today she lives in a specialized home, designed by my son, a renowned architect who is an authority on accessible housing. Her home is uniquely equipped so that she can get around in a wheelchair with minimal barriers, and specialized sinks and household appliances, all designed to make her as self-sufficient as possible. It’s the happiest possible ending you can have in a case like this. Even our best efforts have their limits but our rewards as attorneys are not just monetary.