A Quick Win, a Shocking Loss, and a Powerful Friendship 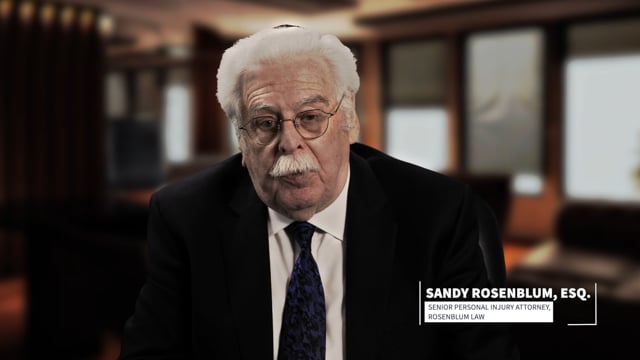 Seemingly rock-solid case was undermined by a judge with a conflict of interest.

This is the story of how I met an outstanding general surgeon who came to America from Haiti. As many know, Haiti is an impoverished country and has suffered under various dictatorships for decades. That was the environment into which Dr. Roger Malebranche was born. And despite numerous societal and cultural challenges, he obtained both an elementary and high school education. He was even able to take pre-medical college courses at a Haitian college.

Keep in mind, the quality of the education afforded in Haiti at that time nowhere nearly approximates what we benefit from in America. However, he did come to America and was admitted to Columbia Medical School.

Dr. Malebranche ultimately did residencies in general medicine and surgery in New York City. He once mentioned to me that his own personal experience in medical school and in residency programs was enhanced by several doctors who mentored him. As it so happened, these doctors were Jewish. For that reason, he may have had a favorable inclination toward me in our encounters.

The first time I met him was for a case involving a patient of his who was a physician herself.

This doctor had presented herself at a hospital emergency room at St. Clare’s Hospital in Schenectady, New York. She was having abdominal pain, which she self-diagnosed as appendicitis.

Unfortunately, she fell into the hands of an emergency room physician who wasn’t about to let his patient self-diagnose. He brushed off her diagnosis and rather than call for surgical intervention to determine if it was appendicitis, he gave her a pain killer and a place to lay down.

As a result of the painkiller, the physician-patient fell asleep. When she woke up she was in such severe pain that another ER physician on duty called for a surgical consult and it was quickly determined that she did have appendicitis. She needed urgent surgery!

Unfortunately, by the time that was accomplished, her appendix had burst and she ended up with severe infections, including peritonitis, which is an inflammation of the intestines. The infection was so bad, it spread beyond the intestines and invaded her female organs. After intense rescue intervention in the critical care unit, her life was saved but she was left with internal scars, chronic pain, and dysfunction in those organs.

Soon thereafter she consulted me and said she was under the care of Dr. Malebranche, who had done the surgery on her, and who she continued to see for treatment. She recommended that I speak with him and review her medical records with him.

Dr. Malebranche and I soon spoke for the first time and he analyzed the records. We got along famously from the start. He explained the error in the diagnosis in the emergency room. The ER doctor should have called for a surgical consult. Appendicitis can be a tricky diagnosis to make and often only the skilled physical exam of a surgeon can arrive at a correct diagnosis. He confirmed that the patient would always be burdened with problems from the ruptured appendix.

As far as I knew at that point, I had a very strong case. However, as I proceeded toward litigation something occurred that never happened before or since in a potential malpractice case. The client actually took charge of her own case and insisted that we avoid litigation.

Our adversaries insisted on asking questions directly of my client.  Normally, I wouldn’t permit that until we were well into litigation and we had explored and determined all the issues. But because my client was a doctor, she knew the medicine backward and forward. So I gave her the go-ahead.

For about an hour, the risk manager and the insurance supervisor quizzed her about what happened before, during, and after the emergency room visit. They focused sharply on the aftermath of the events that she claimed caused her chronic pain. As she described her experience, it became clear she was convincing the risk manager and insurance supervisor that she was right on the medicine. In fact, if anything, she was understating the pain and suffering that she was experiencing and would experience from the malpractice we were claiming.

On the spot, the insurance company made an offer. My client and I then discussed it privately. My client thought it was an acceptable amount. So we settled the case right then and there.

That experience was unique in two ways. One was that it led to such a quick settlement. Two was that it led to a much deeper uderstanding of malpractice cases by Dr. Malebranche when he and I discussed it later in the client’s presence.

Dr. Malebranche was happy with the outcome, as happy as one could be given his patient’s suffering.

After the doctor-patient left, Dr. Malebranche and I had an intense discussion of the role of malpractice litigation in our legal system. He told me that he had never been sued for malpractice and that he always developed a close relationship with his clients. In his opinion, he was fortunate to have not made the kind of error that led to litigation.

It was probably only about a month later, after he had retired from his general and surgical practice, and as the chief of medicine at a major hospital in Schenectady, that I got a call from his wife.

Roger had suffered a stroke.

The man that I had left a month earlier was a young 70 and very vital, but considered his days of a physician to be at a close. He had enjoyed an illustrious career and was respected widely. That was how he wanted to close his career.

I asked if there was anything I could do. She said, “No,” but added that Roger asked that I come to visit him when he was feeling better. Of course, I agreed.

Two weeks later, I received a second call and this time his wife was much more distraught. She said Roger had been on the road to recovery but had a second, much worse stroke. The question now was whether or not rehab could bring him back to useful function.

When his wife called again, I went to the rehab hospital where Dr. Malebranche was working toward recovery. He was just communicative enough to let me know that he thought the second stroke was the result of gross malpractice on the part of his doctor and the hospital.

I asked if he wanted me to continue to visit. He said he wanted to focus all his energy on recovery. He had clearly withdrawn into himself to think about what the future would be like.

A month after this, his wife called again and said, “Roger wants to see you.”

So I dropped everything and drove up to see him. He had made some progress and could speak quite well, but was paralyzed on one side. It would take a long time to recover if it all.

I asked why he thought it was malpractice. He told me as he was coming out of the first stroke, he was having symptoms that indicated to him that a second stroke was imminent, despite his general condition improving.

We went over the medical records together and I concluded that he was right. Even though he was improving in many ways, there were signs that contradicted that. Roger had asked the physician’s assistant (PA) on duty to inject him with more blood thinners, particularly heparin, which at the time was the drug of choice for stroke patients to prevent a second or extension of the stroke.

The PA refused. He said he had spoken to the attending physician and it was his opinion that everything looked OK and that they would not give him more heparin. The second stroke soon followed.

That seemed to be the basis for an open-and-shut malpractice case. I consulted with a neurologist and neurosurgeon. Both agreed Dr. Malebranche should have had more heparin, and that refusing it increased the chances that the stroke would extend, as it did.

We filed the lawsuit and went through extensive pretrial proceedings, including depositions of Roger, the nurses, the PA, the attending physician, and others.  Soon thereafter the case went to trial. We put on our case and everything went smoothly—at first.

We seemed to experience an uncommon number of rulings by the judge against us on our evidence.

The defense counsel had a lot of objections to motions, evidence, and testimony. We seemed to experience an uncommon number of rulings by the judge against us on our evidence.  Most of it was expert witness testimony. Some rulings may have been justified but far too many rulings seemed unfair and just plain wrong.

After years of experience in court, one develops a sense of the ebb and flow of trial cases, and the way the case was going worried us.  Why the extraordinary number of rulings being made by the judge against us was a mystery.

At the end of our case, we rested. The defense, instead of beginning their proof, made a motion to the court to dismiss the case as having failed to prove malpractice. After a brief adjournment, the judge ruled in the defense’s favor. Our case was dismissed.

This was shocking and unparalleled! We had never had that happen before.

We immediately appealed, of course, to the New York State Supreme Court, Appellate Division. Six weeks after it was submitted and oral arguments were heard, the NYS Supreme Court reversed the trial judge and sent it back to trial—unfortunately to the same judge!

In the meantime, we did some sleuthing about this judge. We found out that not only was he a member of the same golf club as the primary defendant doctor that we were suing, but they were apparently golfing buddies. We did not, however, have the kind of proof that might have allowed us to request that the judge recuse himself and have another appointed.

When we presented that information to our client, who had suspected that there was some intangible basis for the judge’s ruling, he declined to go forward. I urged him to continue. “You have a strong case and a major injury,” I said. “You will probably suffer from this for the rest of your life.”

He said he didn’t have it in him. He felt that if this judge was against him, he would find a way to undermine the case again with various rulings. Further, he didn’t want this case to become his life. He said, “I intend to build a new life and put this behind me.”

Of course, we abided by his decision. It was his case despite the enormous amount of time and money we had put into the case, the trial, and finally the appeal. That had become an empty victory.

Dr. Malebranche later moved out of Schenectady and into a home in Galway Lake. He has lived there ever since. He is now in his 80s, and I have visited him many times. For Dr. Roger Malebranche, life goes on, making the best of it as he had said earlier. Given the many challenges of his life he clearly felt that it was time to move on, look ahead, and not over his shoulder. That typified him perfectly.