Criminal Defense Attorney in NJ focused on fighting for your freedom. If you or a loved one has been charged with a crime (misdemeanor, felony, or disorderly persons) contact us for a free consultation.

Get A Free Consultation Today 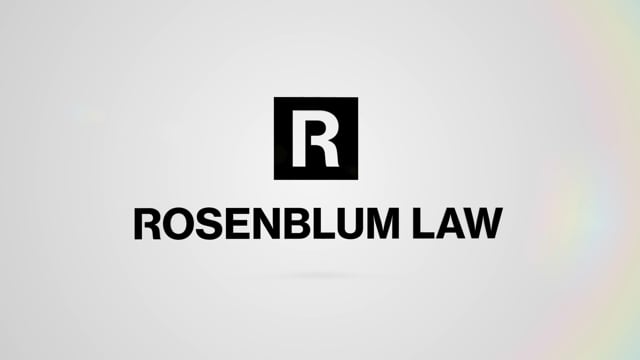 Over 25 Years of Combined Experience

At Rosenblum Law, we have had the privilege to serve thousands of clients all throughout New York and New Jersey. Each case is assigned to an experienced attorney with a full-time case manager for the best possible representation.

With a 97% success rate across all practice areas, we have a winning track record. While past results don’t guarantee future outcomes, our attorneys will invest maximum effort in you and your case to do everything we can to produce the best possible outcome.

For over 15 years, we’ve been A+ rated by the Better Business Bureau and have over 500 positive reviews (5 out of 5 stars) on several independent websites, such as Google and Avvo. We’re proud of what our former clients have to say about our law firm, which is a testimony to our hard work.
Get A Free Consultation Now

Our Process For Criminal Cases

Speak to an experienced attorney to understand your legal options, possible resolutions, and cost of representation.

We build your case

You will be partnered with a full-time case manager and dedicated attorney. We will form a strategy to tackle your case in the best possible way.

You attend court with counsel

Your experienced attorney will attend all court appearances with you and advocate on your behalf.

We settle your case

Defense counsel will meet with the Prosecution in an attempt to reduce the original charge(s) or dismiss the matter. If an agreement cannot be met, your attorney will represent you at trial.

After having your case completed, you can put this experience behind you and move on with your life having peace of mind.

Step-5
Get A Free Consultation Now

Read reviews from our clients below

Delivered as promised. Very responsive, great systems in place for communication. Bonus was them handling everything without needing us to attend court sessions or plea hearings.

Phyllis Schiavone
15:48 02 Aug 21
Excellent communication, remained on top of their business, good outcome but made better by knowledge that they were fully handling it at all times.

Neil V. Shah
16:40 14 Aug 20
I had a wonderful experience with this law firm. They did such a great job on my case, and I am very happy about the result. Very polite and professional customer service and great communication. I highly recommend this company.

Maria Cristina
17:05 22 Jan 20
This Law Firm is incredible. Super easy to contact and very on point with their communication. I was kept in the loop through out the whole process and they were able to get my case dismissed! They also were very fair as far as the price. Was a great experience working with them!! What’s the Difference Between Private Lawyers vs. Public Defenders

Those charged with a criminal offense in the U.S. have the option to request a public defender, rather than hire a private attorney to argue their case. The New Jersey Office of the Public Defender can have some skilled lawyers, but there are many reasons why a person should strongly consider hiring a private attorney:

No free defense. In New Jersey, those who hire a public defender are often still charged a fee for the service.

What Happens During and After an Arrest?

The law defines an arrest as the point when someone is in police custody and no longer free to leave. Usually, this involves the police handcuffing a suspect and driving him/her to a precinct to be booked. Anyone who is being arrested should not struggle, run, or fight the police because this can result in criminal charges for resisting arrest.

The best course of action is to avoid answering questions and contact a lawyer to deal with any charges. Anyone arrested for a crime has a right to remain silent. The police cannot require someone to answer questions without a lawyer present.

Although most people feel the need to tell the police their side of the story, this is a bad idea. Any statements a person makes to the police can be used against him/her in court, but a refusal to answer questions cannot be.

Once a person has been arrested, he/she will be booked at the police precinct. The police fingerprint the person and take a mugshot. For some minor offenses, a person might be sent home with an order to appear in court at a certain time. In other cases, the person can be held in jail for up to 48 hours before his/her first appearance in court.

New Jersey has done away with cash bail in most cases. Whether a person is released at this stage depends on how likely the judge thinks the person is to commit more offenses or flee if released. For that reason, it’s a good idea to have an attorney present to argue for bail on behalf of the accused; it can mean the difference between spending months in jail or being free until trial.

How Do Prosecutors Decide Whether To Press Charges?

After the first appearance, the prosecutor decides whether to press charges. This involves investigating the incident that led to the arrest and determining whether the accused likely committed a crime. Depending on the amount of evidence the prosecutor has, he or she might drop, downgrade, or negotiate the charges with the accused’s attorney.

An accused’s statements to police are some of the strongest evidence a prosecutor can have, which is why it’s critical for anyone who has been arrested to use their right to remain silent.

At this stage, a defense attorney may be able to negotiate a deal with the prosecutor. A deal might involve the accused agreeing to enter a substance abuse program or diversionary program in exchange for having any charges dropped. In other cases, the accused will be allowed to plead guilty to lesser offenses and receive a reduced sentence.

If there is no deal, the prosecutor will file an indictment against the accused. The indictment lists the specific charges the accused will face. Once indicted, the accused person is entitled to an arraignment before a judge.

What Happens Once Charges Are Filed?

If the accused pleads not guilty, the prosecution and defense will conduct investigations and build their cases. New Jersey guarantees the right to a speedy trial, but in some cases it may be better for the accused to waive that right to get more time to build a case. The accused also gets to decide whether the trial will be in front of a jury or a judge. A good defense lawyer will know whether an accused should waive the right to a speedy trial and/or a jury.

Evidence can be thrown out in the pre-trial stage if the police or prosecutor violated the accused’s constitutional rights during or after the initial arrest. Examples of constitutional violations include illegal searches or interrogating the accused without notifying him/her of the right to remain silent. Sometimes, the loss of this evidence can sink the prosecutor’s entire case. Constitutional arguments like this can be very technical, but experienced lawyers know how to make them.

What Happens At A Trial?

The judge or jury, depending on the trial, will return a verdict of guilty or not guilty. If the accused is found guilty, there will be a separate hearing to determine the sentence. At a sentencing hearing, the prosecutor and the defense lawyer will present arguments to a judge. Once again, it’s critical to have a good defense attorney at this stage. The judge usually has a good amount of discretion to decide the sentence, and a good lawyer can make persuasive arguments to reduce the sentence as much as possible.

If the judge made a mistake during a trial and the accused was convicted, it’s possible to appeal the verdict. Common mistakes include incorrectly admitting or excluding evidence or improperly instructing the jury about the law. However, the appeals court will only hear appeals if the accused objected to the mistake during the trial. A good defense lawyer will be able to spot trial mistakes instantly and object to them, preserving any possible appeals.

What To Do If You Have Been Arrested?

A person arrested should remember certain key advice in order to maximize the chances of having charges dropped, reduced, or being acquitted.

Be cooperative. Beyond speaking or signing papers, a person should comply with reasonable requests by police, including being restrained, moving to different rooms, taking mugshots, etc.

Call an attorney. Once a person has been processed, he/she is usually permitted to make a phone call. If one does not wish to use a public defender, then this call should be used to contact a criminal defense attorney.

How to Hire a Good Criminal Lawyer?

Selecting an attorney may seem like a daunting task, but it doesn’t have to be. There are several key things a person should look for in order to ensure that one’s attorney is a good fit. These include:

How to Expunging a Criminal Record?

criminal record can cast a shadow over the rest of one’s life. The digital age makes digging up arrests and convictions easy for employers, landlords, schools, and more. This is true even if it has been years and one has not been accused of a crime since.

Thankfully, some people can clear their criminal record. New Jersey calls this process “expungement.” Essentially, a person can have part or all of his/her criminal record isolated so that only a small handful of government organizations can see it.

The basic requirements for an expungement are that a person have completed the terms of his/her sentence and have not been charged with other offenses for 5 or 6 years. There is also a limit on how many offenses a person can have on his/her record and the kind of offenses that are eligible.

Receiving an expungement can open all new doors to one’s life both personally and professionally. However, the process can be difficult to navigate without help. For this reason, it is wise to seek help with the process from an experienced expungement attorney. 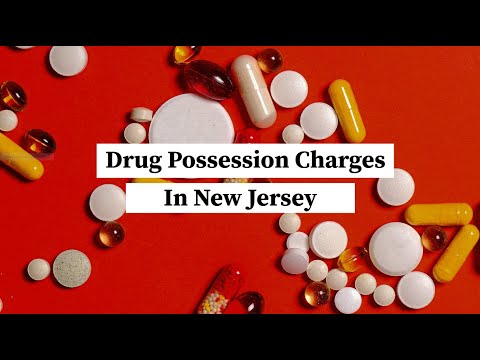 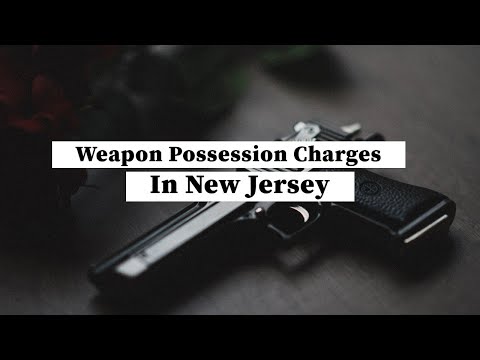 Get A Free Consultation Today Shoplifting in NJ: What to do when you get caught.
View More

Can You Get Arrested for Stealing Office Supplies?
View More 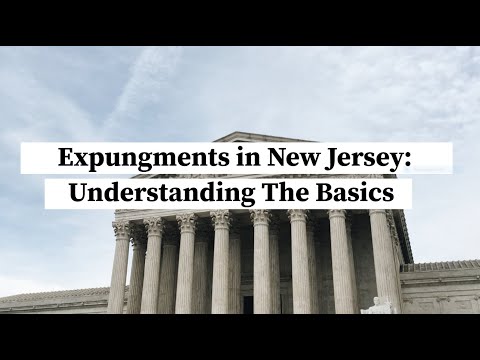 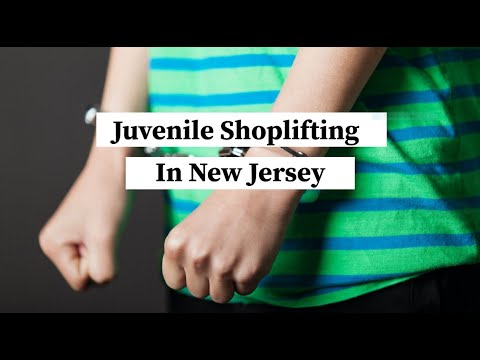