According to N.J.S.A. 2C:20-11, a person convicted of shoplifting faces a fine, jail time, and a criminal record. More than that, a conviction can cost a person his/her job and affect one’s immigration status. The good news is that, with the help of an experienced criminal defense attorney, a person could avoid a shoplifting conviction and all of the fallout that comes along with it.

What Constitutes Shoplifting in New Jersey?

As with most theft crimes, the penalty is relative to the value of the property that was stolen.

In addition to the fines, the accused can be required to reimburse the store for the full value of the merchandise and risks being banned from the store.

How To Beat Shoplifting Charges 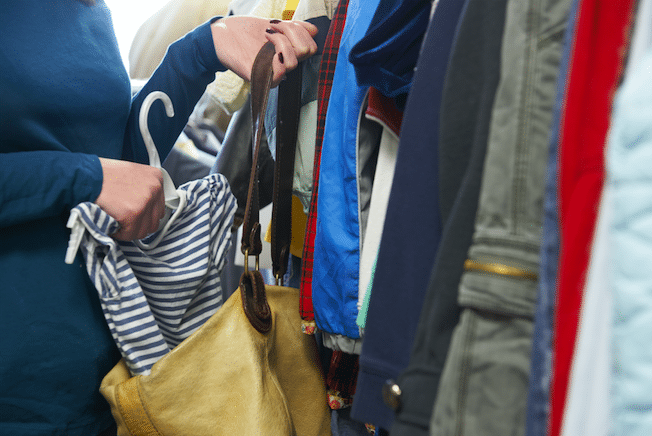 The defense to a charge of shoplifting depends on the facts of the case, including the value of the goods stolen, the evidence against the accused, and other factors. For example, in State v. Smith, 480 A.2d 236 the defendant was prosecuted for shoplifting three pieces of bubble gum from a convenience store valued at $0.15. In this case, the court dismissed the offense as trivial (de minimis) based on multiple factors, including the amount stolen, the defendant’s clean criminal record, the damage done to the defendant’s reputation as a result of the charges, and the legal expenses the matter had incurred on him.

However, while the charges in Smith were dismissed as de minimis, this will not always happen in cases involving small dollar amounts, as in State v. Evans, 774 A. 2d 539. Here the defendant was convicted of shoplifting a hair bow valued at $12.50 despite her having purchased nearly $600 in other goods at the same store. The facts showed that the defendant had removed the tag from the bow and placed it in her hair prior to returning several items. She then proceeded to shop and try on clothing for more than an hour before making purchases which did not include the hair bow. When confronted by security, the defendant was “verbally abusive” and uncooperative. These factors weighed heavily in the judge’s decision to refuse to dismiss the charges as de minimis.

Of course, such a defense has little chance of working on goods with greater value, particularly when the total value qualifies as an indictable offense ($200+). Where applicable, it may be possible to disprove the accused intended to deprive the store of the merchandise’s full value. These cases are much more difficult and require the aid of a highly skilled attorney.

Remember that, most of the time, a person accused of shoplifting has likely been caught on camera from the moment he/she entered the store to the point at which he/she attempted to leave. This evidence often makes cases of shoplifting easy to prosecute and difficult to defend. As such, many individuals would be best served by having an attorney negotiate with prosecutors and the store managers to reduce the charges to a lesser offense, preferably a municipal violation. This offers the best chance of avoiding incarceration and a criminal record that could have a serious negative impact on one’s life moving forward.

New Jersey considers shoplifting to be a serious offense. Still, it is among a number of charges that carry a presumption of non-incarceration. That means, in many cases a person has a good chance of avoiding jail time for a first offense, depending on the amount stolen. There are many things a person being charged with shoplifting for the first time needs to know about in terms of what to expect and what to do. Check out our information page for more details on first-time shoplifting charges in NJ.

A juvenile in New Jersey (under 18 years of age) faces different consequences for shoplifting than an adult. A young person charged with shoplifting will most likely be tried in family court rather than criminal court and may be sent to a juvenile detention center rather than jail or prison. Still, the penalties are serious. Even if the youth is not sentenced to detention, the conviction can hamper his/her future for many years, making it difficult to get a job or get into a good school.

Conditional Dismissal and Pre-Trial Intervention (PTI) are probationary programs that individuals facing certain charges can apply for that can help avoid a conviction. A person facing a shoplifting charge can apply for a diversionary program as an alternative to trial or a plea bargain. Only those who have not already enrolled in a diversionary program and who have not been convicted of an indictable offense are eligible. Not everyone who applies will be accepted which is why it’s vital to hire an attorney to increase one’s odds of getting accepted. Each program is customized for the individual based on the facts of the case and can include random drug testing, supervision, community service, and counseling. Those who successfully complete a program will have the charges against them dismissed—meaning he/she will avoid having a criminal record. Read more about PTI programs in New Jersey.

If you, your child or other loved one was charged with shoplifting in New Jersey, contact Rosenblum Law today. Our expert criminal defense attorneys have helped many people in similar situations avoid the worst possible consequences. E-mail or call us at 888-815-3649.

Let our attorneys guide you through the process with a free, no-obligation consultation. Call: 888-815-3649 END_OF_DOCUMENT_TOKEN_TO_BE_REPLACED

A person who gets behind the wheel and decides he/she is too drunk to drive may be tempted to sleep it off in the car. While the intention may be to sober up until one is ready to drive again, this END_OF_DOCUMENT_TOKEN_TO_BE_REPLACED

People are often warned of the dangers of idle hands. Idle cars, however, carry their own dangers—specifically, the danger of a ticket. With no end to winter in sight, New Jersey drivers looking to END_OF_DOCUMENT_TOKEN_TO_BE_REPLACED

The Sixth Amendment of the U.S. Constitution guarantees every criminal defendant the right to be represented by an attorney. However, it wasn’t until the Supreme Court case of Gideon v. Wainwright in END_OF_DOCUMENT_TOKEN_TO_BE_REPLACED